BRInj is a leader in the advancement of basic and clinical neuroscience research, spanning several disease areas.  Some of our active projects are listed here:

The Neurogenic Potential of Cholinergic Activation in Alzheimer’s Disease

We are using regenerative medicine techniques to determine whether an increase in endogenous cytogenesis, induced by muscarinic cholinergic agonists, will result in an increase in cholinergic neurons, and whether this increase will translate into neuronal recovery and improved cognition in a rodent model of cholinergic cell loss. In addition to this specific project, several other projects in regenerative medicine – using endogenous stem cells to repair damaged tissue – are ongoing for multiple diseases and conditions.

We are studying how alterations in the activity of Aβ degrading enzymes, like ECE-2, influence AD pathogenesis. We are examining the ability of ECE-2 to promote alterations in AD-like pathology in animal models and characterizing Aβ accumulation and clearance from a variety of cellular locations.  We are also trying to understand how ECE-1 modulates synaptic Aβ secretion and alters in Aβ metabolism.

We are comparing the effects of selective muscarinic and nicotinic receptor agonists on hippocampal neurogenesis, spatial working memory, and depression models of neurodegeneration. We’d like to determine whether selective receptor activation may have a disease modifying effect in Alzheimer’s disease and other conditions; and to understand how neuronal loss can lead to depression.  Finally, we are studying whether physical activity can offer non-drug induced benefits in models of disease.

In collaboration with Dr. Roger Kurlan and members of Atlantic Health System, we are comparing gene expression profiles of children and adolescents with autism vs. matched (age, gender) normal control children and adolescents without autism. We plan to measure whether changes in mRNA expression levels, vitamin levels, or vitamin biosynthesis are predictive of Autism prevalence and severity.

Quantitative Assessment of Neurons and Neurotransmitter Systems in the Brains of Patients with Cervical Dystonia, Tourette Syndrom and other Movement Disorders

We are performing unbiased stereology on brain regions like the substantia nigra, cerebellum, and the parietal and frontal cortex of patients with several movement disorder.  We are quantifying the levels of dopaminergic, gabaergic, histaminergic and other neurons, related enzymes and receptors in postmortem brain tissue.  These studies will reveal important information about disease process and define potential areas for therapeutic intervention. 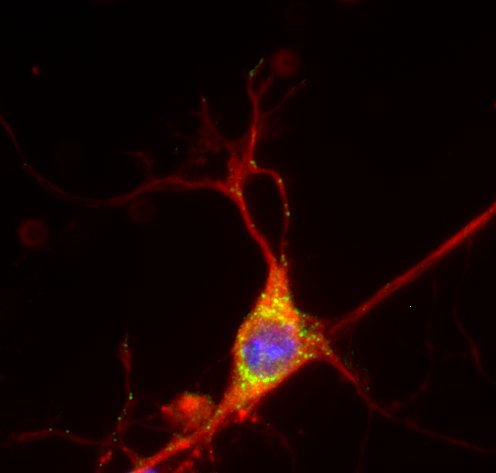