In a recently published study conducted on several sets of twins, Dr. Iacono and colleagues have shown that both genetic and non-genetic factors influence the extent of neurodegeneration that leads to the pathology and cognitive deficits associated with Alzheimer’s disease. Investigators performed detailed clinicopathological correlations on post-mortem brain tissue, and also measured β-amyloid load and tau pathology. They found that ApoE genotype correlated well with co-occuring brain pathologies, but that genetic factors alone were not sufficient to determine a patient’s pathology and disease severity.

This twin-autopsy gave Dr. Iacono and his colleagues a unique opportunity to observe clinical and pathologic findings in the context of genetic and non-genetic risk factors in pairs of subjects that shared an identical genetic background. Future studies with larger samples of twin pairs will be useful to confirm these initial observations. 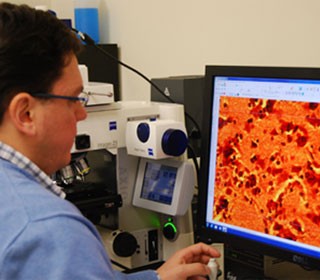