Dr. Iacono receives a grant from the Dystonia Foundation to study histaminergic neurons

Cervical dystonia (CD), is one of the most common and disabling forms of a focal dystonia, characterized by sustained muscle contractions of the neck, involuntary and repetitive head twisting, and painful abnormal postures of the neck and shoulders. Recently, CD is being more accurately diagnosed and researchers are beginning to understand its natural history; however, a clear understanding of whether CD alters neuropathology in the brains of CD patients remains unknown.

With this award from The Parkinson’s & Movement Disorder Foundation (PMDF), Dr. Iacono plans to perform unbiased stereology on the substantia nigra, cerebellum, and the parietal and frontal cortex of patients with CD; while paying special attention to neuropathological and
neurochemical differences in idiopathic (primary) CD patients compared to individuals without the disease or with post-traumatic (secondary) CD. 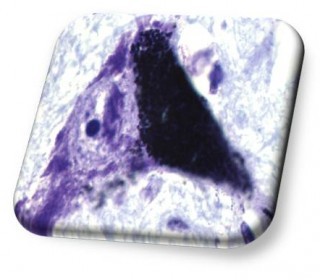